Richard Bell is one of the top coaches that I have ever worked with. I wanted to be coached by him because of several reasons. First of all, his approach to training and nutrition is entirely science based, which means that as long as you adhere to his advice, you will get the results you want. He is a very knowledgeable and empathetic coac, Richard was there for me every step of the way. I had 1000 questions and he answered every single one of them and replied in a fast and timely manner. At moments of uncertainty, he was able to motivate me and that’s what kept me going. He did not overcomplicate things and in the bodybuilding community people tend to overthink and make many situations too complicated. Richard kept it simple and that lead to great results.

My goal was to perfect my physique for a photoshoot and my first bodybuilding contest afterwards. Richard helped me do that and I can definitely say that I achieved my goals and I feel satisfied by the results.

I learned a great deal from the coaching period with Richard Bell. He shared a ton of invaluable information with me regarding training, nutrition and even psychology. I learned quite a lot about the peaking period before a photoshoot or a contest; I learned also that you should not overthink certain situations and that above all you should enjoy the whole process!

I would definitely recommend Richard as a coach because, in my opinion, he is not only very good at what he does, but he is a good person as well. That’s another feature of his that makes him stand out from the crowd of PT’s, because he really cares about his clients and I could tell that from day 1 of working with him. He was constantly exceeding my expectations and I cannot recommend him enough. Hopefully I will have the chance to work with him again in the future! 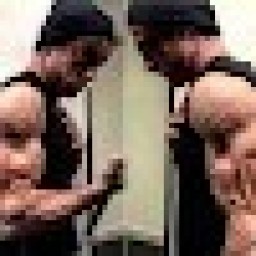